Banners hung from the walls of Commercial Taphouse & Grill.

Founder James Talley and his co-workers were all decked out for the affair.

“It was a big event. It was incredibly exciting. We were wearing ties with blue denim shirts — that’s what everybody wore back then,” said Talley, now president of the restaurant. 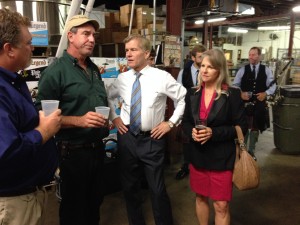 The occasion? The tapping of Legend Brewing Co.’s first keg of brown ale in February 1994. “The flavor was so big for that day,” Talley recalled. “It was full, rich and delicious, and this was back when you couldn’t get fresh beer.”

Now, nearly two decades later — when the market is awash in fresh beer, after the rise and fall of many beers and breweries — how fare ye, Legend Brown Ale?