When Gov. Terry McAuliffe cut the ribbon at Hardywood’s West Creek facility in Goochland County, he also tied a bow on his four years as Virginia’s craft beer governor. 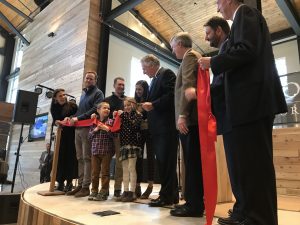 Join Jay Burnham and me on the RVA Beer Show (WRIR-FM 97.3) as we play some clips from McAuliffe’s remarks and give our own insights on the state’s craft beer scene, including the effect of a change in the federal excise tax, highlights of 2017 and some the exciting things ahead in 2018. Click the arrow below and you’ll be there!