The Veil raising the beer bar; Legend waving its flag

I’ve been away for a while, but now I’m back.

This coming weekend, for example, promises to be a thrill-fest. The opening of The Veil on Roseneath Road will raise the bar—and the roof—on Richmond brewing with its grand opening. On the other side of the James River, Legend Brewing Company will celebrate its 22nd anniversary.

The Veil on Roseneath Road is holding its grand opening Saturday, April 16. Photo by Lee Graves

Dave Michelow, co-owner of The Veil, was gracious enough to give me and two other beer explorers—Jenn and Cody Specketer—a tour of The Veil’s tasting room and brewery. (Jenn writes a must-read beer-and-food blog at www.bitesbarrelsandbrews.com. She is my new best friend because she loves and writes about peanut butter.)

The tasting room—as well as the beers, the brewing system and much more at The Veil—owes its concept to Matt Tarpey, head brewer. His résumé is an eye-grabber—volunteering at O’Connor in Norfolk, cutting his brewing teeth at Portsmouth Brewery in New Hampshire, working brewing shifts at The Alchemist in Vermont (home of Heady Topper double IPA), brewing at Hill Farmstead in Vermont, then interning with Jean Van Roy at the renowned Cantillon Brewery in Brussels. 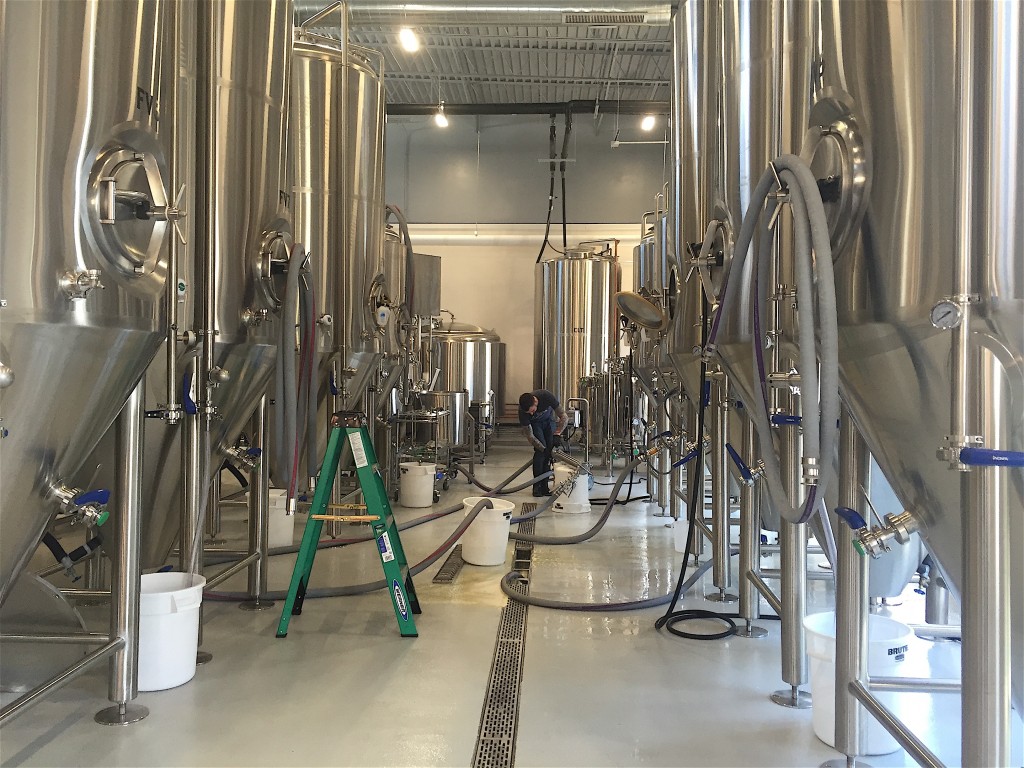 Head brewer Matt Tarpey is the creative force behind the beers and the atmosphere at The Veil. Photo by Lee Graves

All that has inspired Tarpey’s creative vision at The Veil. The tasting room has a hip gray-black light-dark thing going. The walls are faux-concrete; the bar is real concrete. Marquee-style lights burn the brewery’s name into the ambience. Long black tables and seats welcome imbibers. Trophies of horned critters stare blankly onto Scott’s Addition. And in one corner, a pink-eyed albino doe looks cute enough to pet, but do not—repeat, DO NOT—touch the doe.

This albino doe is one of the attractions in The Veil’s tasting room. Photo by Lee Graves

The tasting room eventually will have 16 taps, but opening day will feature just four beers: Master Shredder, a wheat India Pale Ale with refreshing citrus notes; Sleeping Forever, a 13 percent ABV imperial stout that’s as smooth as albino doe fur (no, I didn’t touch it); Crucial Taunt, a double IPA with some hop wallop; and Dull Fangs, an IPA with grapefruit.  Hornswoggler, a chocolate milk stout, is in the works but won’t be available on opening day, Michelow said. A limited number of four-packs will be sold.

With scant days to go before opening the doors to the public, Tarpey was busy Friday tending to brewing chores. But he did pause long enough to give the three of us samples of Master Shredder and Sleeping Forever. I won’t say anything more other than opening day will not be a disappointment for beer aficionados.

The truly unique element of The Veil is its rooftop coolship (or koelschip, if you’re Flemish) and use of wild, airborne yeast to ferment beer. This technique harkens to ancient times, when yeast wasn’t fully understood, and is most commonly associated with the lambics of Belgium. Producing these tart, dry, funky, complex beers takes years of conditioning and, with gueze, blending to produce the desired range of flavors. Plus, special equipment is needed.

Cody and Jenn Specketer (from left) talk with Dave Michelow in the rooftop coolship area of The Veil. Photo by Lee Graves

On the roof of The Veil, Michelow showed us the wood-paneled room where wort is pumped into a two-foot deep, 15-barrel stainless steel tank. It comes in hot and cools overnight, with windows open to let in all the microflora and bacteria that Richmond can feed it. When it has cooled to the proper temperature, it goes into barrels for aging.

The Veil is the only brewery in Virginia to tackle this challenging style in such fashion. Tarpey says that out of respect he won’t call them lambics.

And they will represent a small fraction of The Veil’s overall production. 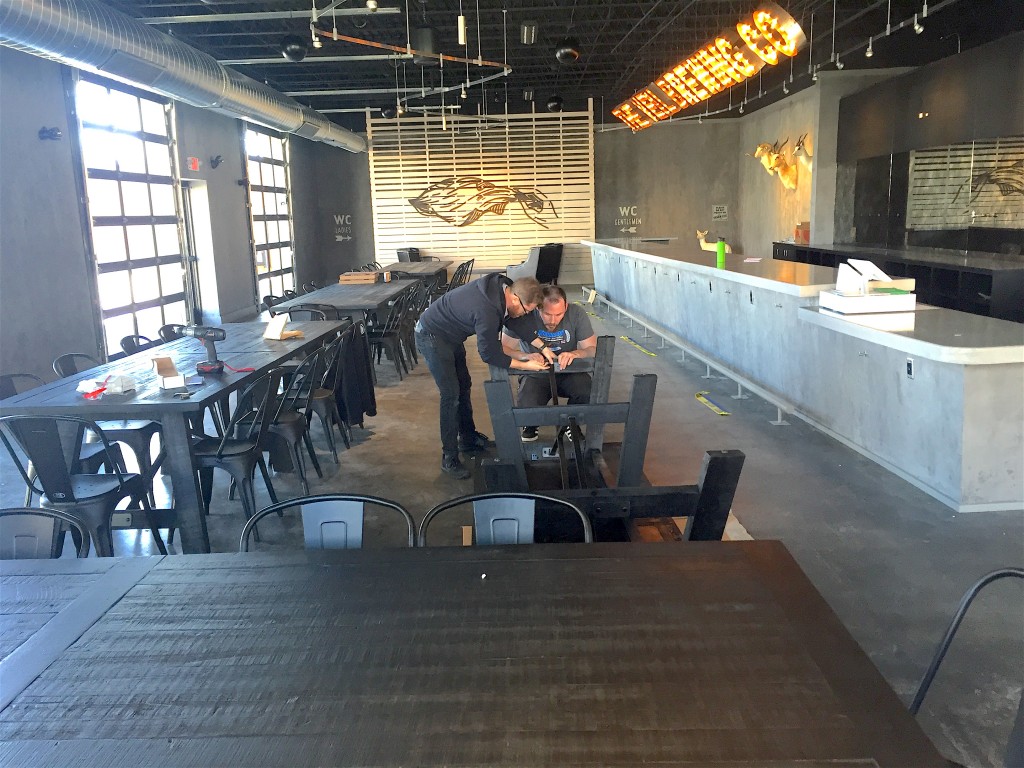 Preparations in The Veil’s tasting room were in full swing last week. The brewery’s logo was hand-painted on the far wooden screen. Photo by Lee Graves.

To that end, Michelow says The Veil anticipates brewing 2,500 to 3,000 barrels the first year and 5,000 to 6,000 annually within five years (one barrel equals 31.5 U.S. gallons). A three-barrel pilot system will supply one-offs and test batches. Reverie Distribution will handle getting the beers to retail outlets.

Don’t be surprised to find these nuanced beers in cans. And you may certainly ask where the name “Crucial Taunt” comes from (hint—Wayne’s World, Wayne’s World).

But whatever you do, don’t pet the doe.

You can, however, get pretty much the best view of Richmond’s skyline from the deck at Legend. Who would’ve thought that after tapping the first keg in 1994, Legend would be waving its freak flag high as Central Virginia’s oldest craft brewery. Don’t let its age fool you. Legend Brown still rocks, and the brewers (take a bow, gang) have created new concoctions to answer the beer-loving crowd’s question of “What have you done for me lately?” The Urban Legend Series, for one, with mighty brews such as Gorilla Train Coffee Stout.

1 Response to The Veil raising the beer bar; Legend waving its flag