Brewers eye taxes, legislation and a big feather in the cap

Did you know that Richmond was tagged as the No. 1 beer destination in the world by VinePair magazine? 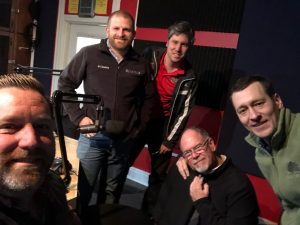 Or that a proposed meals tax in the city has weighty implications for breweries? Or that the Virginia General Assembly is eyeing legislation affecting craft breweries around the state? Eric McKay of Hardywood Park Craft Brewery, Neil Burton of Strangeways Brewing and Brad Cooper of Steam Bell Beer Works join Jay Burnham and me on the RVA Beer Show, WRIR-FM 97.3. If you missed the broadcast (we air every other Friday at 11:30 a.m.), the link below will bring you up to speed.

1 Response to Brewers eye taxes, legislation and a big feather in the cap